An army is all about discipline, subordination, and regulations. Every grooming standard has its specific purpose. The core idea behind them is an effective mechanism of order that applies to a large quantity of personnel.

According to high-ranked military officials of various army branches, the above-mentioned is the result of long-standing traditions of uniformity and hygiene. With strict dress codes, these are manifesting a sense of professionalism and group identity.

However, if we dive deeper into the meaning of the army code, we will see another picture. Through harsh restrictions, an army primarily aims to forge a formidable and resilient soldier who can execute combat missions effectively and survive consequently. Yes, survival is one of the crucial aspects of the service.

A clean-shaven face is one of the most fundamental requirements in an army. So, why is the military service so hostile to beards or any kind of facial hair? And how does it refer to survival?

Like every common tradition, the army customs also have their origin. Beards were banned in the US military in WWI for practical reasons. During frequent and terrorizing biological warfare, the need to wear gas masks was indispensable. Servicemen were forced to shave on the battlefield. Otherwise, the gas mask on the bearded face could not guarantee the complete impermeability of toxic air. On the other hand, it was hard to breathe with a beard in the respirator mask, which could cause a fatal outcome. From that time, this practical approach transformed into the tradition embedded in service codes up to date.

But how does it look today?

After a century of technological development to an unimaginable height, the approaches and views have changed. The battlefield itself has seen a drastic metamorphosis as well. 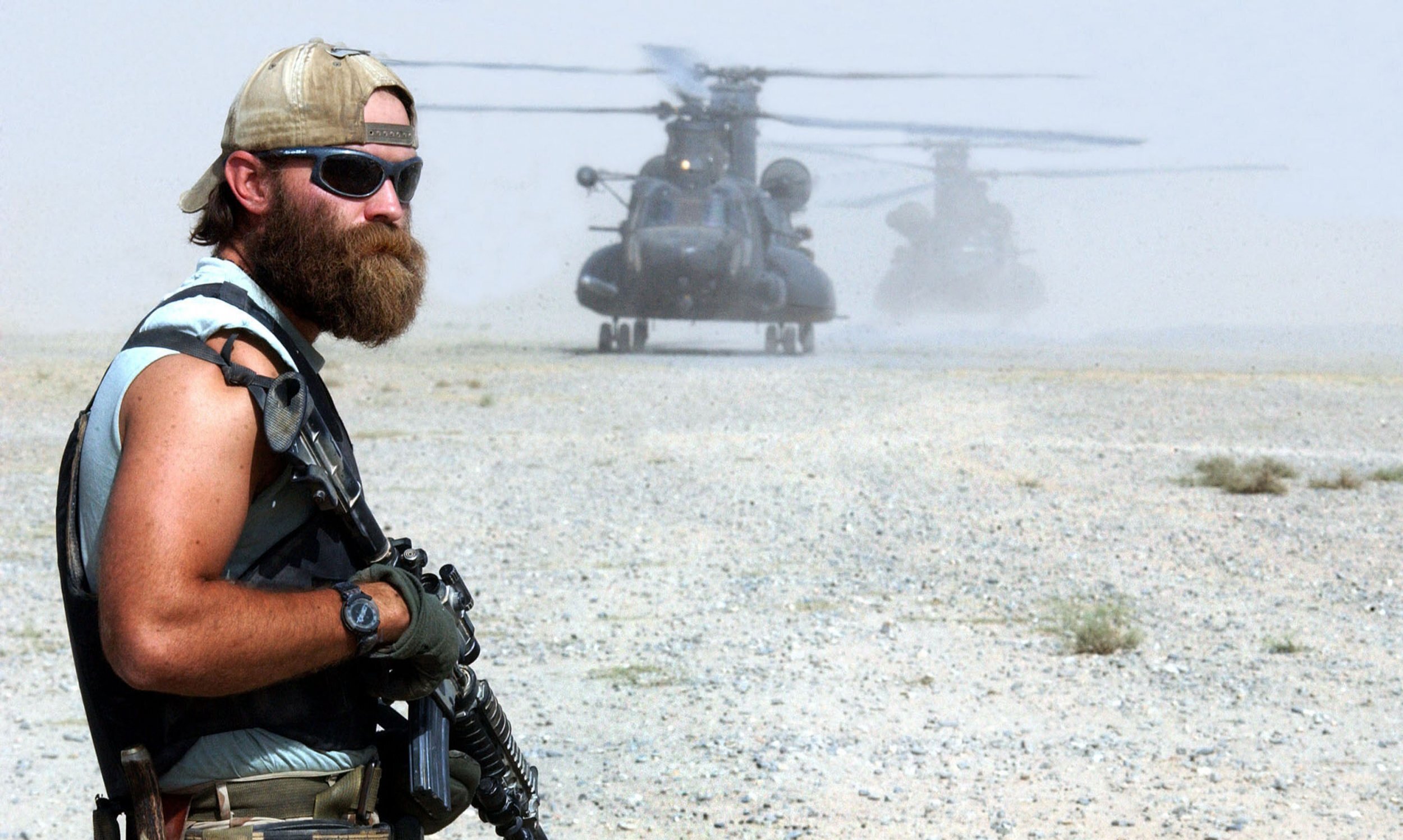 A biological weapon is not used as the conventional means of war. Firstly, due to a high risk for the user itself. Even during WWI, in case of slight miscalculation of weather conditions or the swift change of wind direction, it could impose a fatal threat to its exploiter. Secondly, the biological weapon became highly restricted by international law and ultimately is considered an inhumane weapon. As a result, we have seen it being used only a couple of times by some outcast dictators.

Besides, Western armies have seen significant changes too. The freedom of expression and minority rights have prevailed over military doctrines. Nowadays, beards are not seen only in the aspect of hygiene or order. Growing a beard might be an issue of religion or group identity. Moreover, the place of dislocation might also affect a soldier's appearance.

The best example of a visual transformation of western armies is probably Mr. Harjit Sajjan - Defense Minister of Canada, a badass veteran of the Afghanistan campaign and conflicts in Bosnia and Herzegovina. Being a Sikh with Indian origins, he has been wearing a beard and a bushy, wavy, black-gray mustache since the very beginning of his military carrier. Obviously, it has not hindered him from becoming the first soldier of Canada. 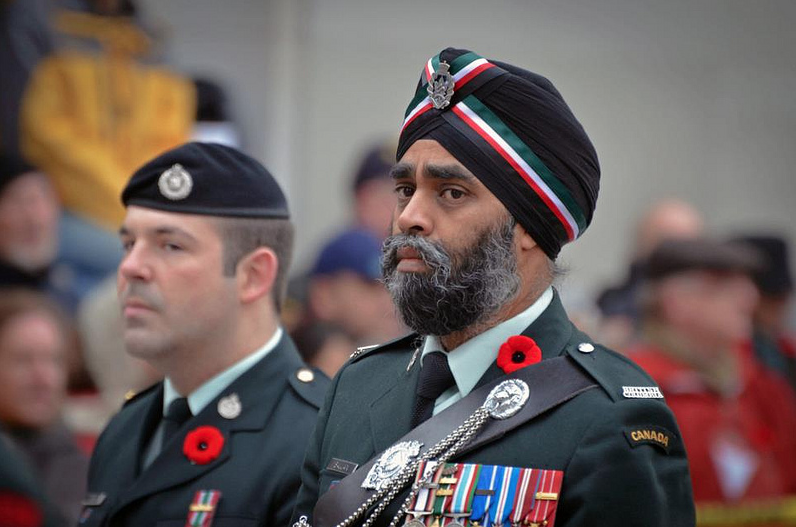 And yet, it is not the point. While a beard is a tenet of faith for different confessions, scientists have their arguments turning upside down the notion that a long beard is a harbor for much unpleasant stuff.

According to a recent scientific study conducted in the USA, a bearded man is three times more resilient to methicillin-resistant staph. It appears that some of the most sophisticated weapons known as microbe-kind – antibiotics involve inside a beard, killing all other competitor bacterias. Scientists identify the silent assassins as part of the species called Staphylococcus epidermidis. When they tested these novel forms of bacteria against a particularly drug-resistant form of Escherichia coli (the sort that causes severe internal infections), Epidemitis terminated it.

During the same study, the researchers assumed that the skin micro-scratches that appear during shaving may support potentially harmful bacterial colonization and proliferation.

What does that mean for an army?

It means that being on a combat mission for a long time, covering vast distances covertly, bearded soldiers would be more resistant. For example, in a hostile environment such as jungles or deserts, they will be less exposed to diseases that enter the body, mostly from the nostrils and mouth. 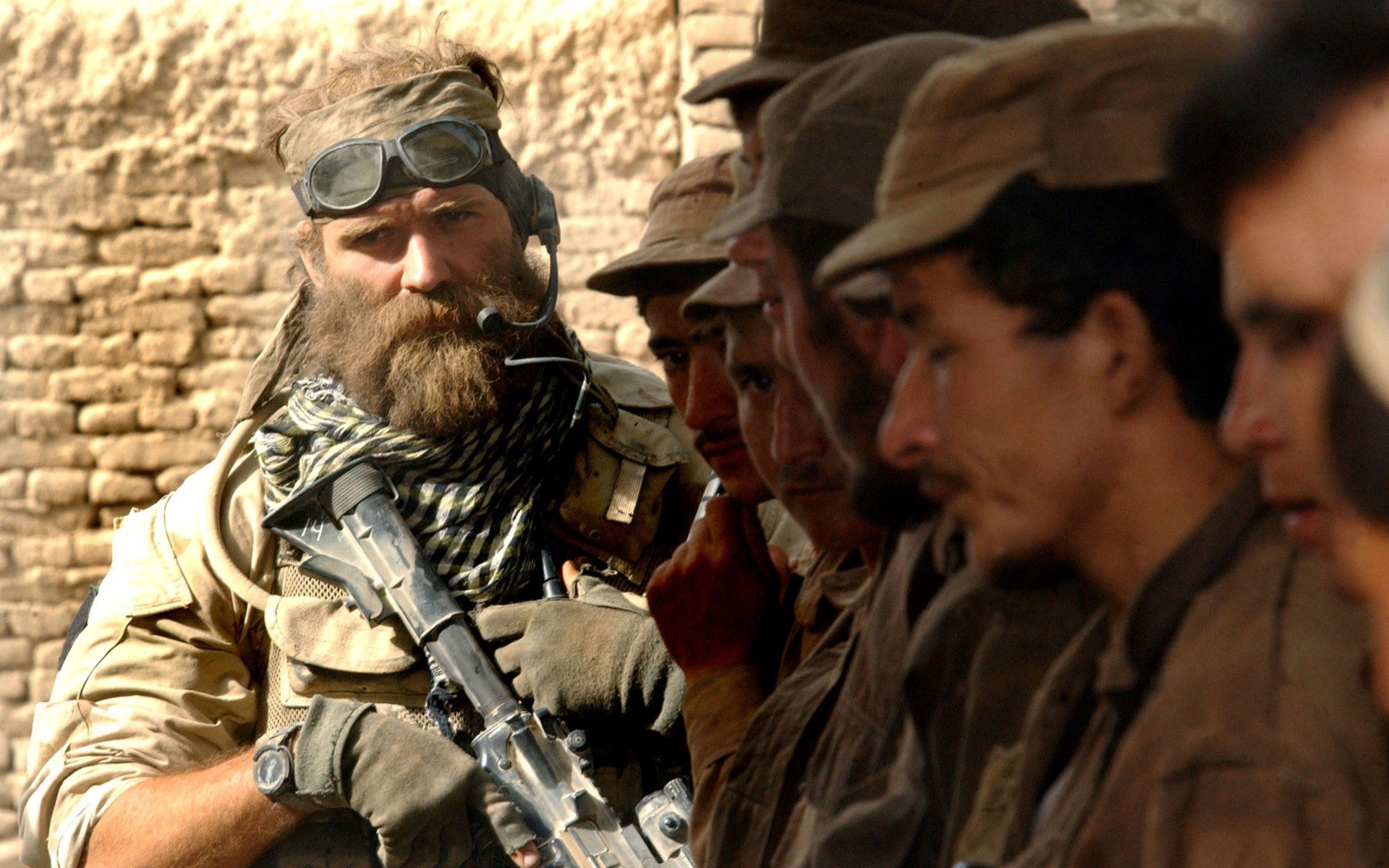 Another significant point we highlighted above is the country of dislocation. For example, for Afghan men, a beard is a sign of manhood. According to British soldiers, a beard is an easy way to earn the trust of locals. That is why special operations forces tend to look like cavemen. But this is not the only benefit. Furthermore, beards make soldiers look different from other army branches and conventional forces who must apply to standards. And here we come to Group Identity and style.

In modern Hollywood blockbusters, a fierce special operations member with a rigorous beardy look is already a trend. The one who is effective in combat using its extraterrestrial combat skills and looks frightening as well.

As a result, nowadays, we have a notion of Combat Beard. Almost every special operations soldier grows a beard to conduct service in various locations with the most efficiency. 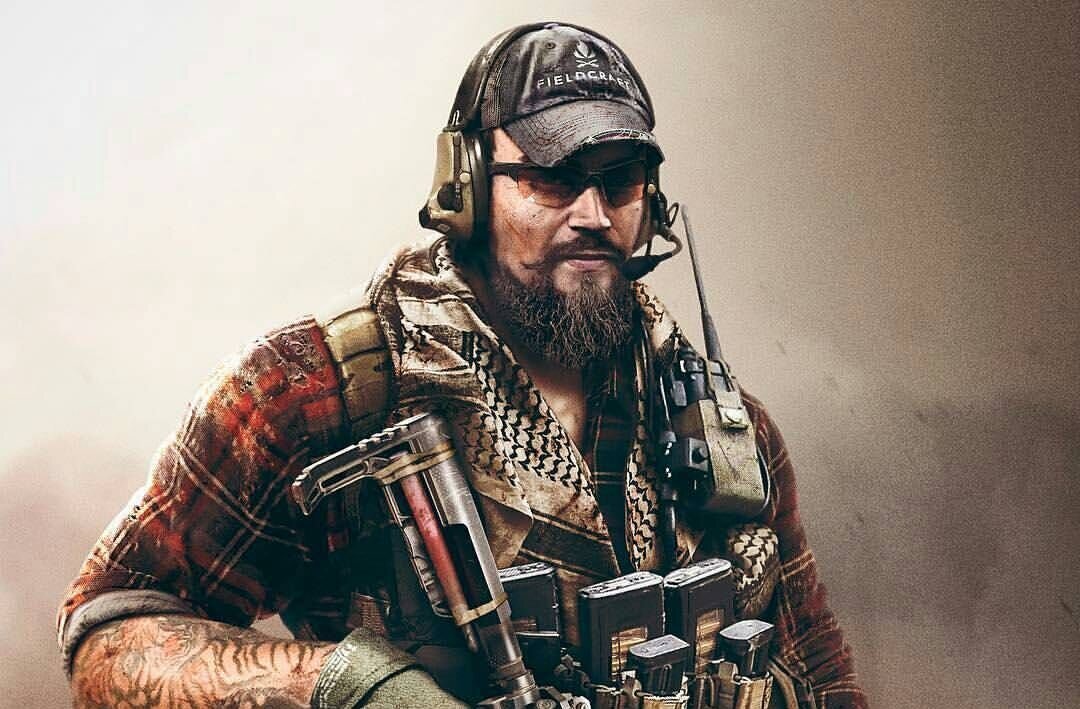 As the author of this blog, I admit that I have lived harsh experiences when asked to shave the face and even my neck during the field cross. It was especially hard in chilly, windy weather using river or spring water. From firsthand experience, there are countless reasons why it is unnecessarily useless: skin irritation, risk of catching some infection using dirty water, waste of time, energy, or even supplies, and high risk of being incapable of defending yourself in case of an ambush during the process of shaving. But still, army instructors and commanders relentlessly require recruits to be clean-shaven even during the long-distance marches.

Naturally, we are not talking about ceremonial occasions or being stationed in barracks. Yes, hygiene and order are essential, but scratching your chin and cheeks on the field is notably inconvenient.

According to current regulations, the elite soldiers may grow out their beards and even long hair if it is useful for conducting secret operations. It is especially true for such locations as Syria, Iraq, and Afghanistan.

But still, the beard war in the western armies is gaining momentum. Officials are reluctant to ease beard standards. That is why regular soldiers are not allowed to wear beards. It is prestigious only for high-ranked officers and exclusive special operators. 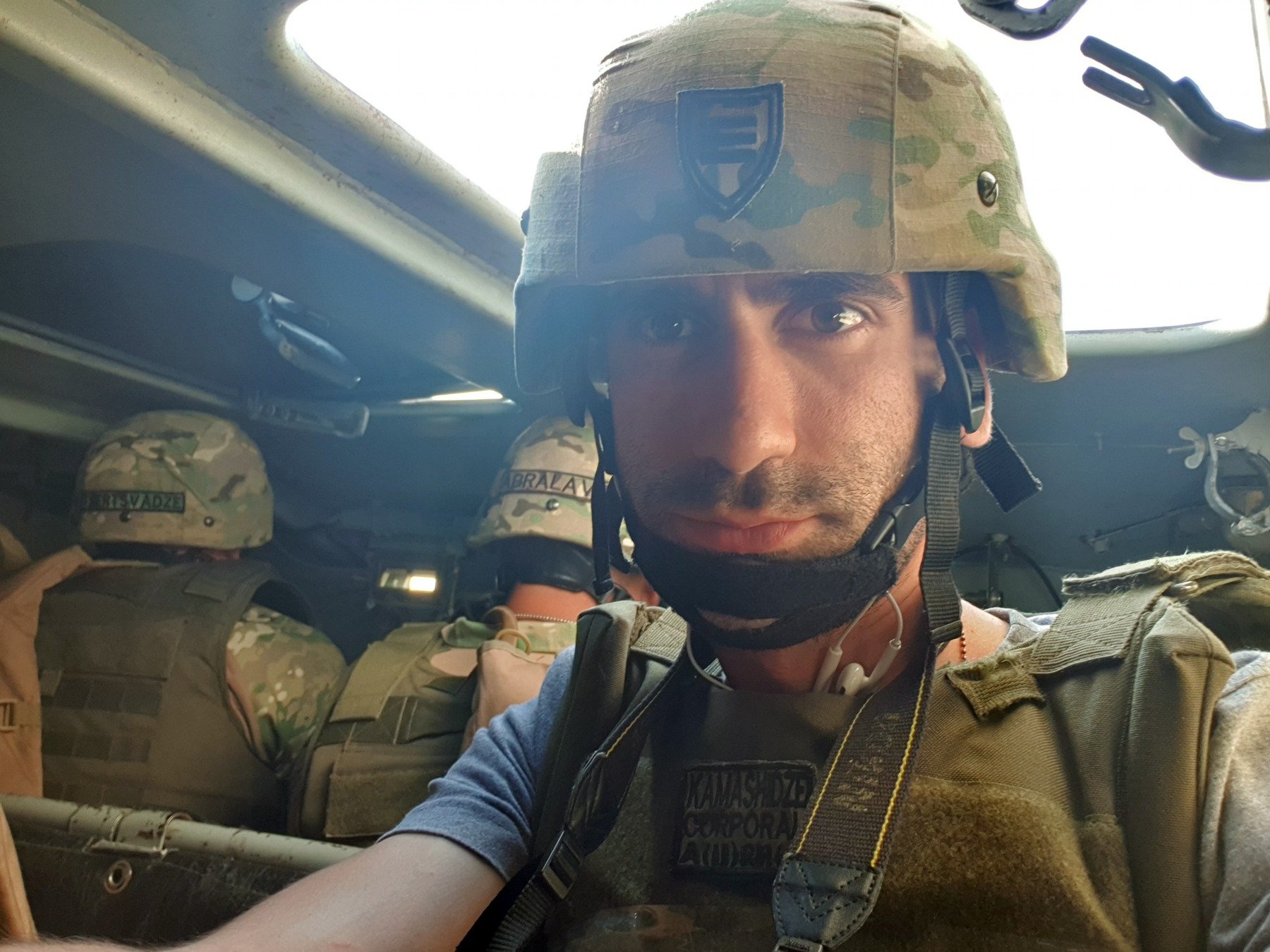