Go on and try to find out ways how to treat hair loss on the internet. Google will show you mainly these two medications - Minoxidil and Finasteride. No surprise, as they are labeled to be the most efficient medications against hair loss that humanity has developed so far.

It is significant to know that these two are the only drugs on the market that have been approved by the FDA. Therefore, we can state that these medications have a scientific background, there have been multiple surveys showing the real numbers of successful cases, and there can be no ground for speculation. For decades, both these medications have been efficient in hair loss treatment, and millions of people have defeated baldness.

Even though you might not have many choices in hair loss remedies, you might still be confused about which one of these two medications to use. Or you might regard the possibility of using them together. That is why it is so essential to compare Minoxidil with Finasteride and come up with the conclusion of which of them is the best choice.

Let's first compare how efficient they are based on various studies. And only after we will compare all other characteristics. 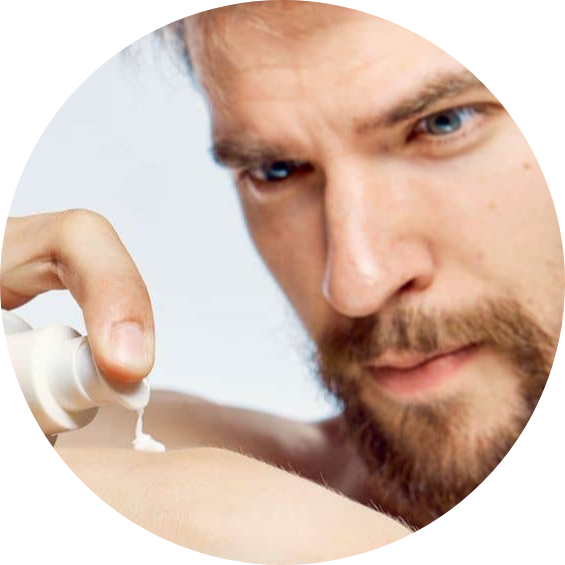 Probably the most accurate and recent survey on the efficiency of Minoxidil and Finasteride has been conducted by Areej Adil and Marshall Godwin, two scientists from the Memorial University of Newfoundland, who published their work in the Journal of the American Academy of Dermatology (Original work). Why is this survey game-changing? Because it unites all previous high-quality surveys in this topic, gathering 23 articles published before 2016, including studies on the efficiency of the low-level laser therapy.

So, the results are as follows:

Briefly, all these surveys proved that these medications actually work. Quoting scientists: "All treatments were superior to placebo (P < 00001)".

As you can see, both of these medications proved to be efficient. Moreover, 2% Minoxidil is as effective for women as 5% Minoxidil for men. If we take into consideration only the efficiency of these two medications, Finasteride comes out winning, but let's consider other parameters and then declare our final outcome.

It has to be mentioned that this survey also proved the high efficiency of Law-level Laser Therapy, but it is a matter of another discussion.

How to get them The most apparent difference is that Finasteride is a prescription-only medication almost in all countries, including the United States. Therefore, without a doctor's prescription, you won't buy it in a pharmacy.

On the other hand, Minoxidil is an easily accessible medication that you can buy in any pharmacy or even in online stores. The most popular one, the 5% Minoxidil, is produced by a large number of brands. You can see our top 3 Minoxidil Brands that, in our opinion, are the most prominent on the market.

Regrow hair or stop its loss 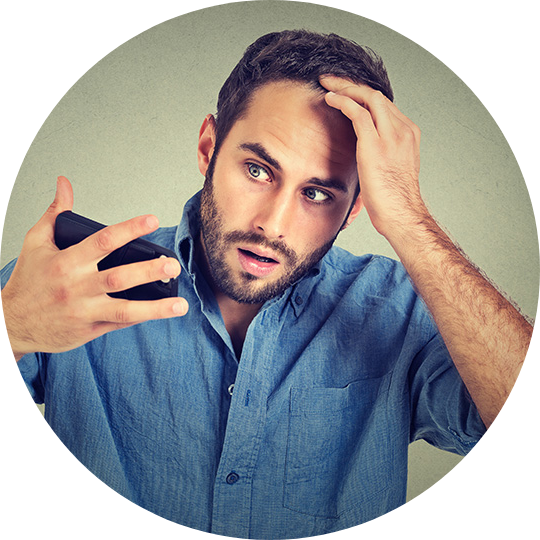 The fact that Minoxidil is an easily accessible medication, which can be bought without a prescription, prompts manufacturers to invest a considerable amount of finances in its promotion. That is why Minoxidil is well-known for its hair regrowing feature. You won't find a Minoxidil brand, which would refuse to highlight the fact that their product not only stops the hair loss process, but regrowth already lost hair. However, this statement is far beyond reality, as hair regrowth depends on many factors, and the percentage of successful cases is not on the side of producers.

Even though Finasteride is a more potent medication and it can regrow lost hair, the brands producing this drug refuse to boast with this additional value. They prefer to play safe and declare that Finasteride is the medication which primarily stops hair loss.

Such a difference in promotion depends probably on the ways these medications work.

How do they work

Both these medications treat the same ailment - Androgenic Alopecia. However, the mechanism of treatment is totally distinct.

Minoxidil is a non-hormonal medicine. No one truly knows the exact mechanism of how it works. The most accepted version is that it stimulates blood flow in the scalp by widening the vessels under the skin, which, in turn, brings more oxygen and nutrients to the hair follicles. Moreover, the medication acts parabolically on follicle cells stimulating protein synthesis, which opens potassium channels of cell membranes and thus, prolongs the anagen phase. 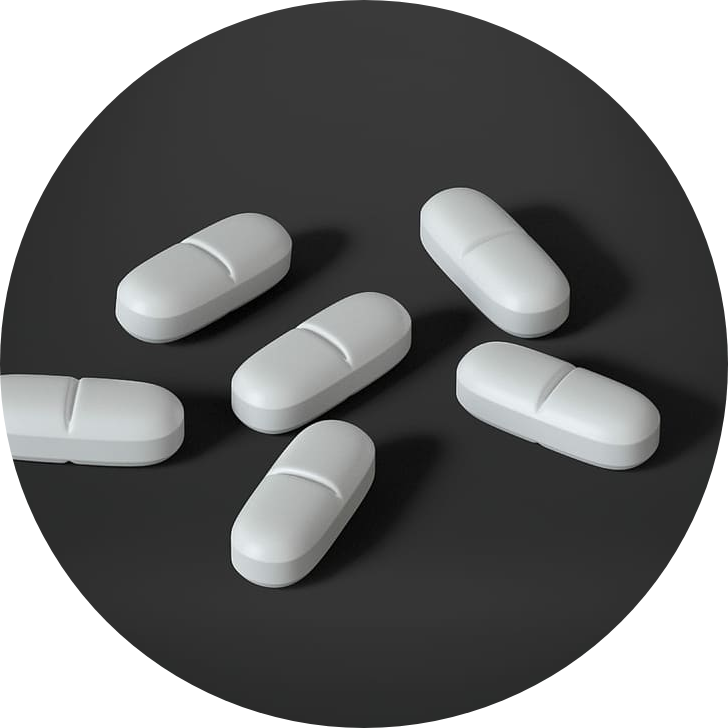 Unlike Minoxidil, Finasteride is a hormonal medication and acts amending the hormonal structure of the body. It slows down the conversion of testosterone to dihydrotestosterone (DHT) by binding to the enzyme type 5 alpha-reductase. Simply, Finasteride keeps existing hair and slows down further baldness. DHT is the most vital hormone responsible for hair loss in men. With natural amounts, DHT has no effect on baldness, but its excessive amount is the primary source of hair loss. If you are interested to learn more about the mechanism of its work, you can read our article about Finasteride and Dutasteride.

It's worth mentioning that both medications need permanent usage, and if you decide to cease the treatment, hair loss will resume. That is one of the most notable disadvantages of hair loss treatment, as you have to permanently use them if you want to have hair on your head.

Who can use these medications 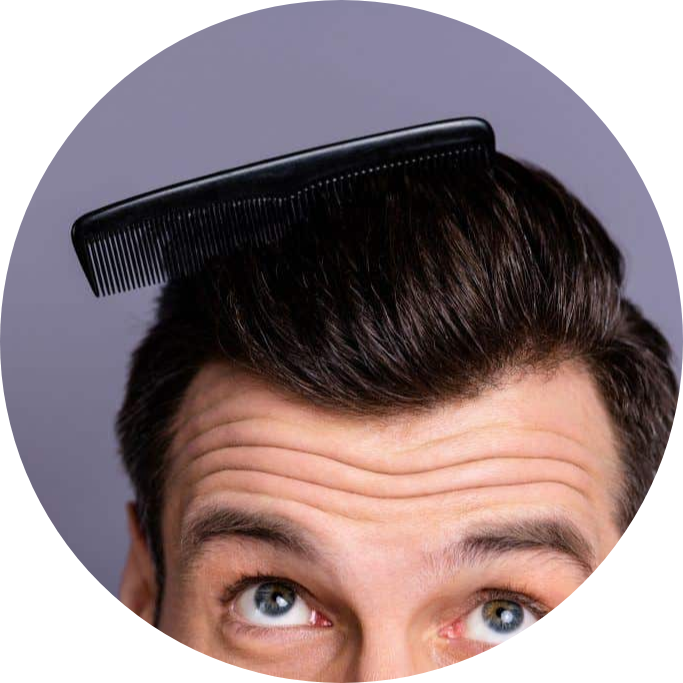 Minoxidil is for both genders. Men and women can use it without fear that it can considerably affect their health. Of course, with the precaution of relevant dosage.

Finasteride is only for men as it affects men's hormonal aspect. Under no circumstances should women or children take this medication. Any hormonal drug has to be consumed with caution and with a recommendation of a professional doctor.

Therefore, we can state that Minoxidil is safer. It is for men and women, and you can easily buy it without a prescription. On the other hand, Finasteride is a more potent medication and needs to be taken with caution. No one wants to make a mistake and induce hormonal imbalance. 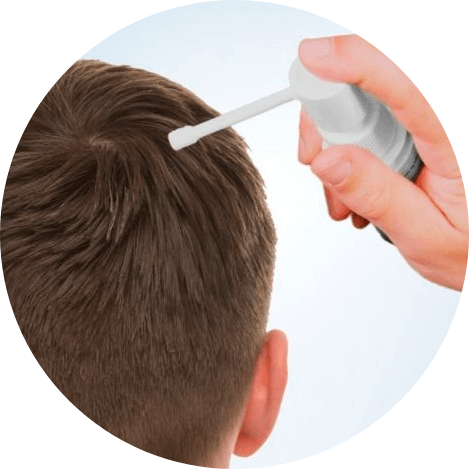 Minoxidil is mainly produced in two forms: foam or topical solution. There is no difference in efficiency, but the foam dries faster. Medications in the form of foam are more expensive.

Finasteride is an oral medication in tablet forms. There are few exceptions when manufacturers produce Finasteride in the form of topical solution, but it's hard to say how efficient they are in comparison with tablet form. 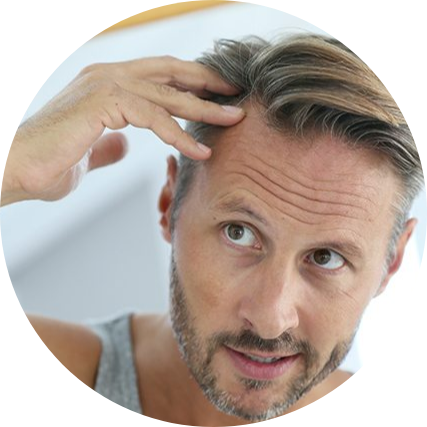 Undoubtedly, this is one of the most important criteria that should determine which of these medications is better to use. Safeness and potential risks, in conjunction with efficiency, should draw the whole picture and give us a final conclusion.

Even though these medications tend to be well tolerated by most users, and the chance that you will experience their side effects is low, we still have to consider them.

On the basis that Minoxidil is a topical solution and it's applied on the scalp, it does not penetrate into the blood in high amounts. Therefore, the most common side effects are related to skin problems like burning, itching, skin redness, or even sometimes dandruff.

On the contrary, Finasteride is a hormonal medication, and it might cause severe side effects. Of course, in rare cases, but still, there is a chance to face these consequences. The most vital ones are the symptoms related to erectile dysfunction, ejaculation disorder, and decreased libido.

Can we take them together?

If you check out our blog about the top 5 methods to treat hair loss in men, you will find out that the combination of Minoxidil and Finasteride is the primary method of stopping baldness. Moreover, it is commonly accepted among doctors to prescribe these medications together. Why? Because the mechanism of action differs completely, and they enhance each other's treating effect. Consequently, we advise the same! If you need rapid results of stopping hair loss, and you want to increase the chances of hair regrowth, consider an opportunity of using these medications together.

Is Minoxidil better than Finasteride?

It's hard to give a proper definition of the word "better". Both these medications have their own purposes. However, if you don't want to take additional risk and you still have to choose which one to buy, we recommend to start with Minoxidil! If we compare all pros and cons of these medications, especially the aspects of efficiency and side effects, it is clear that Minoxidil is a better medication to start with.

To choose the best Minoxidil brand, and find out additional information about this medication, take a look at our article about Minoxidil.