The latest innovations in the treatment of androgenetic alopecia

In this article, we discuss the latest and innovative treatment options for Androgenetic Alopecia. These methods are not commonly approved yet and need years of scientific studies to prove their efficiency. Therefore, if you are interested in the well-established medications, check out our blog about the top 5 methods to treat hair loss in men.

If you are not aware of the reasons that push your hair to fall, take a look at our blog about hair loss causes in men and women. This article will help you to determine the pattern of hair loss you have.

It may sound disappointing, but only two medications - Minoxidil and Finasteride have been scientifically proved to be effective against Androgenetic Alopecia. Both these medications are approved by the FDA. However, they have a list of side effects that is the primary reason why scientists eager to develop safer and more efficient methods. In recent years, scientists made considerable progress in research on the molecular mechanisms that explain hair loss, which opens up new possibilities for creating innovative treatments for Androgenetic Alopecia.

It is commonly accepted that DHT is a hormone which in excessive amount causes Androgenetic Alopecia. Thus, such well-known medications as Finasteride and Dutasteride work on the principle of blocking this hormone. However, there are other ways of preventing hair loss, and they do not require blocking DHT and its binding to androgen receptors. Some medications act directly on the processes responsible for the growth and development of the hair follicle and the passage of hair along the anagen - catagen - telogen cycle.

This approach is preferable for women since this disease is not caused by androgens in most cases. In the case of men, affecting the signaling pathways with topical solutions (Minoxidil), we can minimize side effects associated with the accumulation of the active substance in other parts of the body.

A large group of soluble signaling growth factors and cytokines has the most significant effect on hair growth and development. Some of them stimulate the processes leading to hair growth, acting on the hair papilla in the anagen phase, while others inhibit. 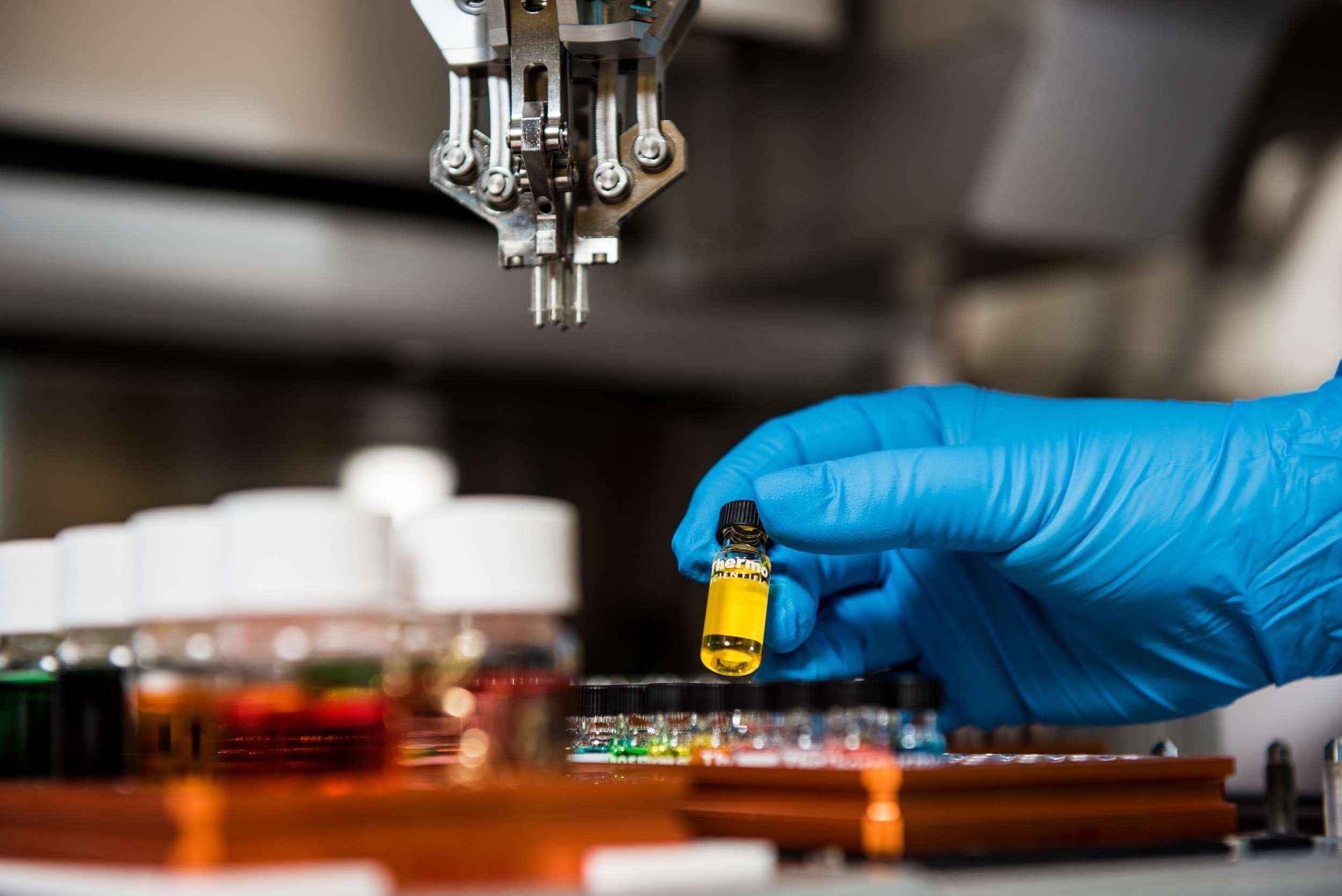 Vascular endothelial growth factor (VEGF) is one of the essential signaling molecules that control and stimulate the development of hair follicles. It is responsible for the formation of a capillary network around the papilla, which induces hair growth.

Most of the VEGF is synthesized in the active hair growth phase - anagen, which is accompanied by active angiogenesis. While in the telogen phase, when the amount of VEGF is considerably reduced, the capillary network around the hair papilla disappears. It is assumed that the stimulation of hair growth with Minoxidil is based precisely on the increase in VEGF expression. The experiments on the hair papilla culture revealedthat the addition of Minoxidil to the cells causes an increase in the level of VEGF expression both in cell extracts and in a conditioned medium. Thus, Minoxidil either directly stimulates the expression of VEGF or stimulates the synthesis of other cytokines and growth factors, which, in turn, affect the synthesis of VEGF.

Another growth factor is insulin-like growth factor (IGF-1), which stimulates proliferation and differentiation of the follicle and tissue remodeling. There is a doubt that this growth factor is the main element of the working mechanism of Finasteride. It is assumed that a decrease in the level of IGF-1 in the cells of hair papilla violates the normal development of hairs. Several studies have shown the successful use of IGF-1 and VEGF to stimulate hair growth in animals.

Keratinocyte growth factor (KGF, or FGF-7) is also an important endogenous mediator of hair follicle growth, development, and differentiation. In the case of intraperitoneal and subcutaneous recombinant KGF injection to nude mice, we can observe a dose-dependent increase in hair density and the percentage of body surface covered with hair. Recombinant human KGF-2 stimulates the proliferation of follicle cells in organ culture.

Hepatocyte growth factor (HGF/SF) is another in our list, which stimulates follicle proliferation. It was revealed that the expression of HGF/SF in hair papilla cells stimulates human hair growth. 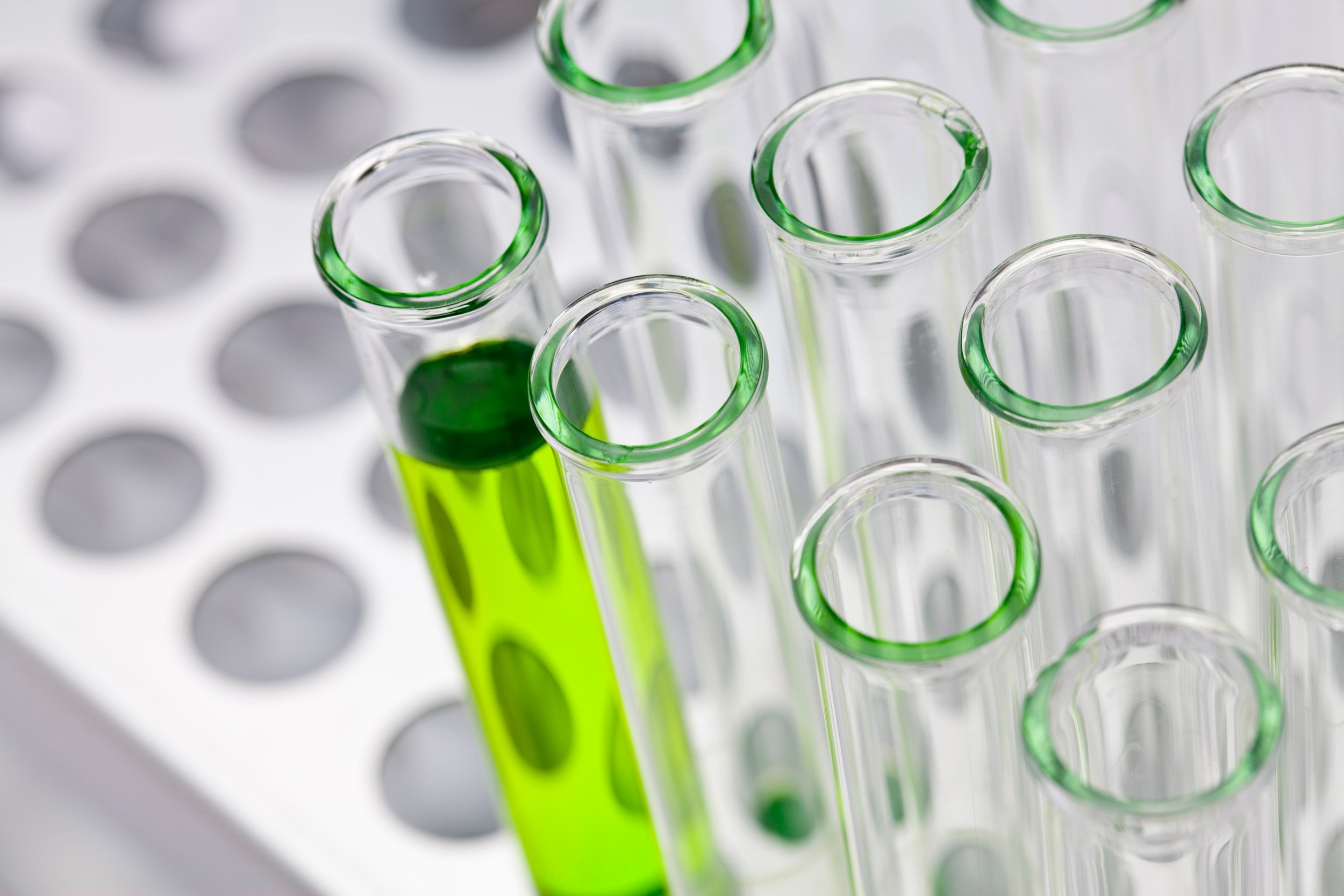 With topical application of Finasteride solution, we can observe considerable systemic adsorption. Therefore, it is essential to use specific drug delivery systems. For example, hydroxypropyl chitosan might serve as such a system. It is assumed that through the use of this carrier, it will be possible to localize Finasteride in the area of the hair follicles and to avoid systemic adsorption. Liposomes (liquid crystal nanoparticles) are also regarded as the delivery system, but, so far, all these developments remain at very early stages.

The effect of DHT on follicles, which causes hair loss, can be avoided by decreasing the sensitivity of androgen receptors to DHT. It is known that patients with androgen receptor insensitivity do not suffer from Androgenic Alopecia. In some cases, modern medicine uses androgen receptor antagonists to treat alopecia in women, even though they are not approved by the FDA. These are spironolactone, cyproterone acetate, and flutamide. Most studies of the effectiveness of such drugs have been conducted in women with hyperandrogenism, characterized by increased levels of androgens.

Analogues and antagonists of prostaglandins

The effect of prostaglandins on hair growth had been actively studied after the discovery of eyelash trichomegaly (lengthening and pigmentation) in patients who were treated for glaucoma with latanoprost, an analogue of prostaglandin F2 (PGF2). Presumably, the effect of the drug is based on prolonging the phase of active hair growth - anagen. In 2012, a study of 0.1% topical latanoprost showed a considerable increase in hair density compared to placebo. 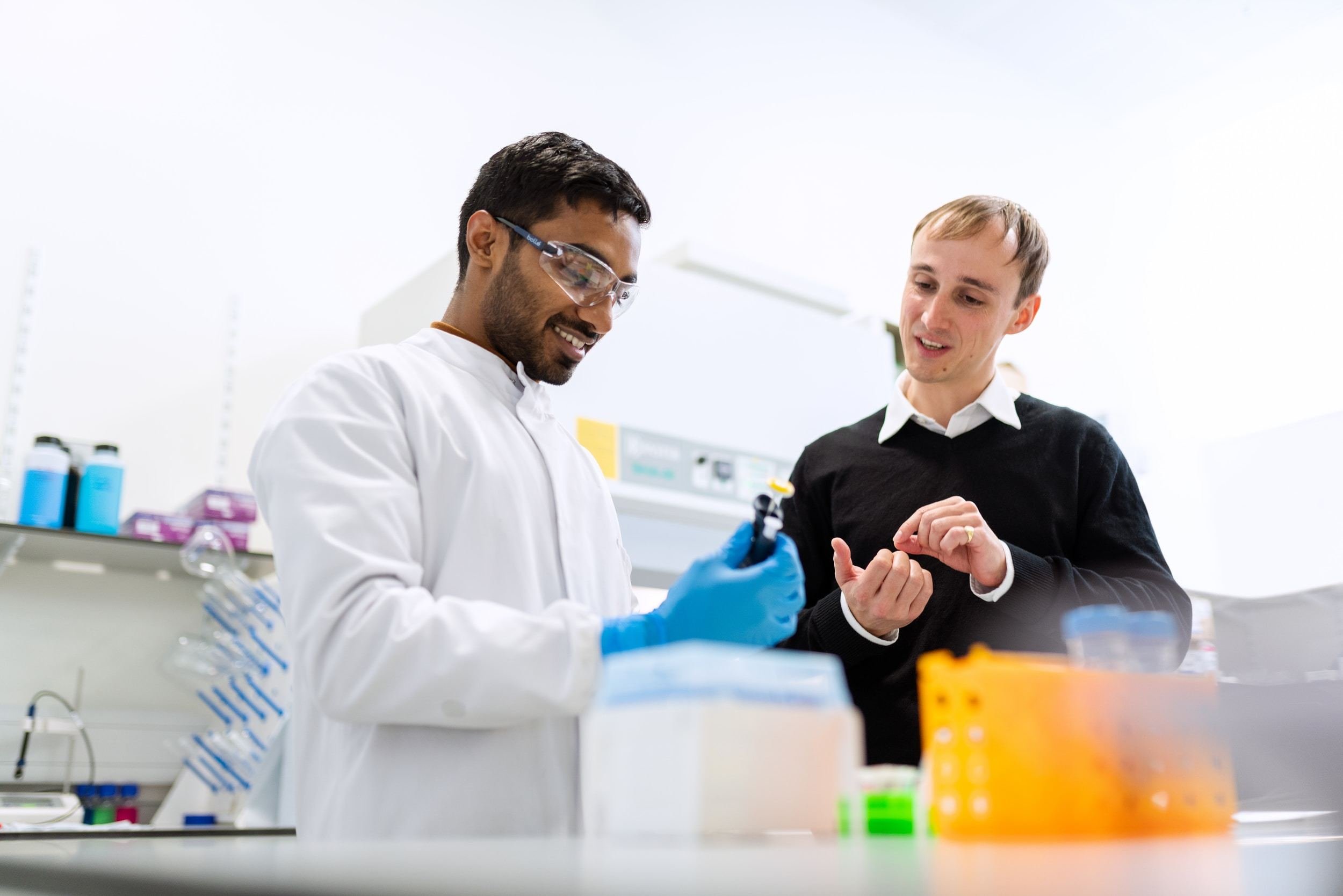 Bimatoprost is another PGF2 analogue which is effective in increasing the length, thickness, and pigmentation of eyelashes compared to placebo (p<0.0001). In 2008, the FDA approved bimatoprost for the treatment of eyelash hypotrichosis. The effectiveness of bimatoprost for stimulating hair growth has been shown in experiments on isolated human hair follicles and in vivo on mice. In 2011, it was reported that there was no improvement in a woman who received a course of mesotherapy with 0.03% bimatoprost. The results of clinical trials of bimatoprost for the treatment of alopecia in men and women are not yet available.

Besides, PGD2 receptors may also be considered as the treatment of alopecia. It might be the case because the level of PGD2 expression in the scalp in men with alopecia is high. Research on potential antagonists of this receptor is ongoing.

Stimulation of the Wnt signaling pathway

Activation of the Wnt signaling pathway is required during the development of hair follicles. Ectopic expression of the WIF1 protein (Wnt inhibiting factor) in the skin of transgenic mice leads to the complete absence of all types of hair follicles. It was shown that in mice, during wound healing, the expression of WIF1 inhibits follicle neogenesis. Whereas overexpression of the Wnt7 ligand doubled the area on which new follicles were formed.Thus, the Wnt signaling pathway, in particular the Wnt7 ligand, proved its significance in the formation of new follicles. Therefore, the Wnt signaling activators can be considered as potential agents against androgenic alopecia.In 2014, trials of valproic acid, an activator of the Wnt/α-catenin pathway, were conducted, but the increase in hair count compared with placebo was too small to consider valproic acid as a substitute for Minoxidil.

Plasma therapy uses the patient's own platelet-rich plasma (PRP). The effect is associated with growth factors and cytokines released from platelet alpha granules. PRP is known to contain about 20 different growth factors, including platelet growth factor (PDGF), fibroblast growth factor (FGF), hepatocyte growth factor (HGF), insulin-like growth factor (IGF), transforming growth factor-beta (TGF- β), vascular endothelial growth factor (VEGF).The use of PRP for hair loss therapy took its origin after the publication of a work in which the authors tried to solve the problem of low hair engraftment after hair transplantation. For this purpose, the follicular units were kept in a PRP solution. As a result, the survival rate and hair density were 15.1% higher. 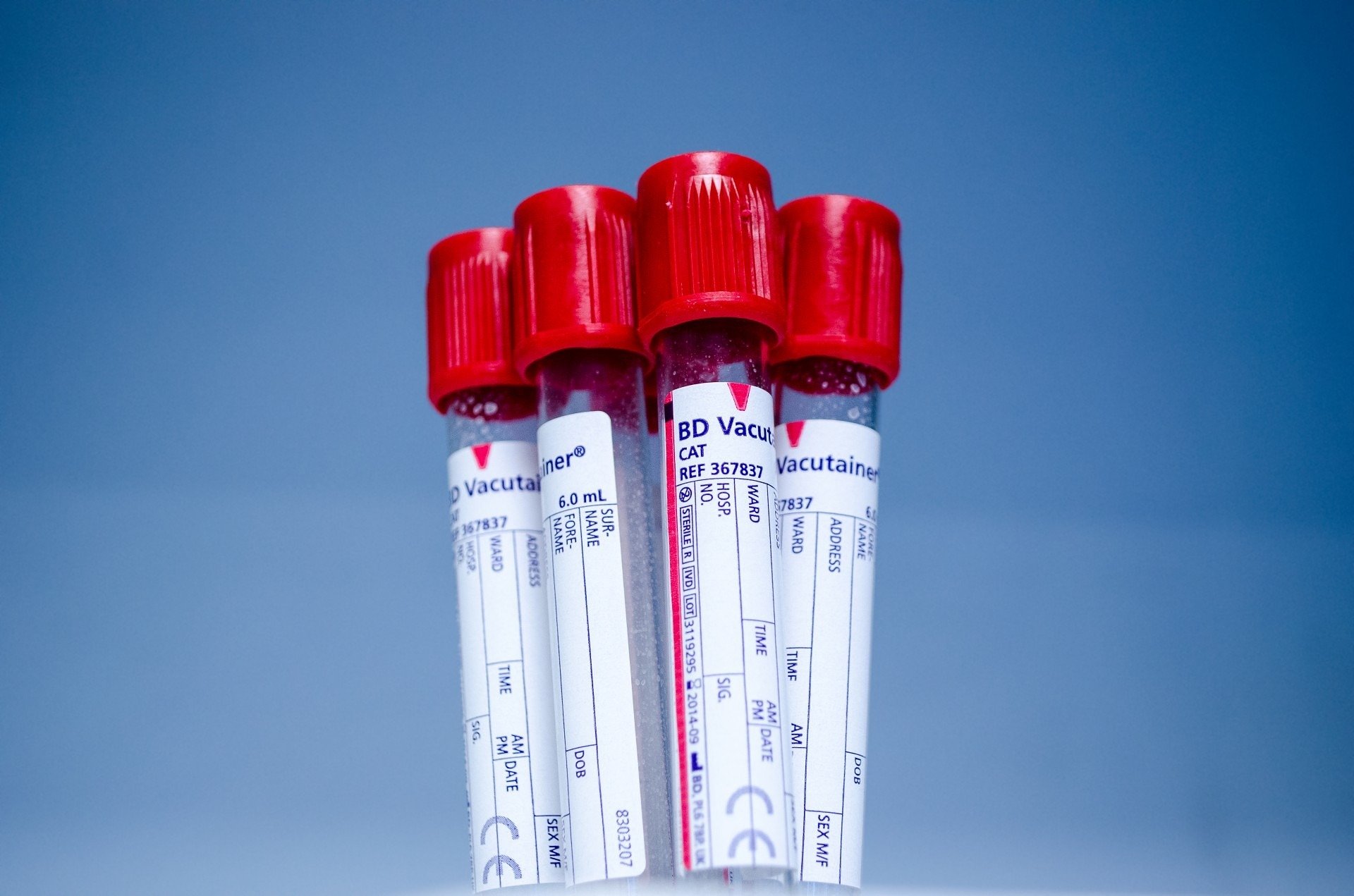 The effectiveness of PRP in the stimulation of hair growth has been shown in several studies. In the largest clinical trial, 42 men and 22 women were injected with two PRP 3 months apart. The photos taken before treatment and after 6 months were compared by two independent experts. A clinically significant difference was noted in 40.6 and 54.7% of subjects, respectively.

Moreover, studies that compared PRP and Minoxidil showed that both agents are efficient in the treatment of alopecia. However, with the ratio of the number of hairs in the anagen and catagen stages, PRP proved to be more effective than Minoxidil. Thus, the use of PRP to treat alopecia seems promising. This technology has a theoretical scientific basis, supported by preliminary optimistic research results.

It is important to note that the mixture of growth factors secreted by platelets contains considerable amounts of proteins that have an inhibitory effect on hair growth. For example, the transformation of the main components of PRP leads to various outcomes:

Therefore, it is extremely promising to study mixtures of recombinant growth factors obtained by biotechnological methods and containing only proteins that stimulate the functions of the follicle.

In recent years, significant advances have been made in research on the molecular mechanisms leading to hair loss, thus opening up new opportunities for creating innovative treatments for androgenic alopecia.

The most promising data has been provided by topically applied 5α-reductase inhibitors, androgen receptor antagonists, Wnt signaling pathway activators, and prostaglandin analogs such as latanoprost and bimatoprost.

Recently, the injection of autologous platelet-rich plasma has been actively used for the therapy of androgenic alopecia. It is assumed that the action of a mixture of 20 growth factors and cytokines on the stem cells of the follicle can activate hair growth. Even though the procedure is already widely used in clinics, its effectiveness and safety have yet to be confirmed.

Thus, from the point of view of modern molecular concepts of the pathogenesis of androgenic alopecia, the most promising are biotherapeutic/biotechnological approaches that allow breaking the links of the pathological circle leading to hair loss.