Viking beards and hairstyles tend to inspire and surprise us with their glorious visual appeal. This contrasts with a typical 21st-century male. Such a style is an excellent way of expressing your inner beast and charismatic nature. During the middle ages, beards were a vital means of expressing the inner character and value of a man. Men without beards used to be associated with slaves and were viewed as weak and pitiful. The lack of facial hair was considered normal only for young men. Otherwise, it was deemed as a physical defect that could not be approved among fearless warriors.

Literary works about the history and life of the Scandinavians contain references to the fact that a shaved head was a symbol of severe life troubles. 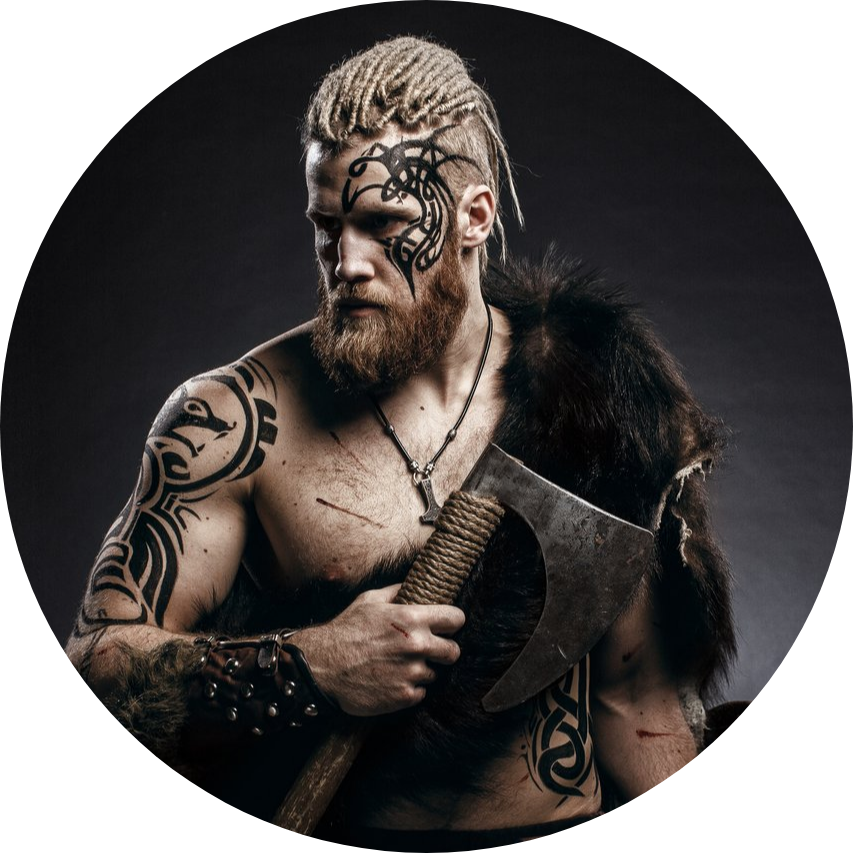 Thankfully, this is not the case today. However, a well-groomed beard still remains as an indication of masculinity and strength.

These social processes were obviously reflected in the appearance of the people. This ferocious lifestyle of raiding and pillaging at sea, which would sometimes last for multiple years, was an essential part that provoked men to wear long hair and braids. 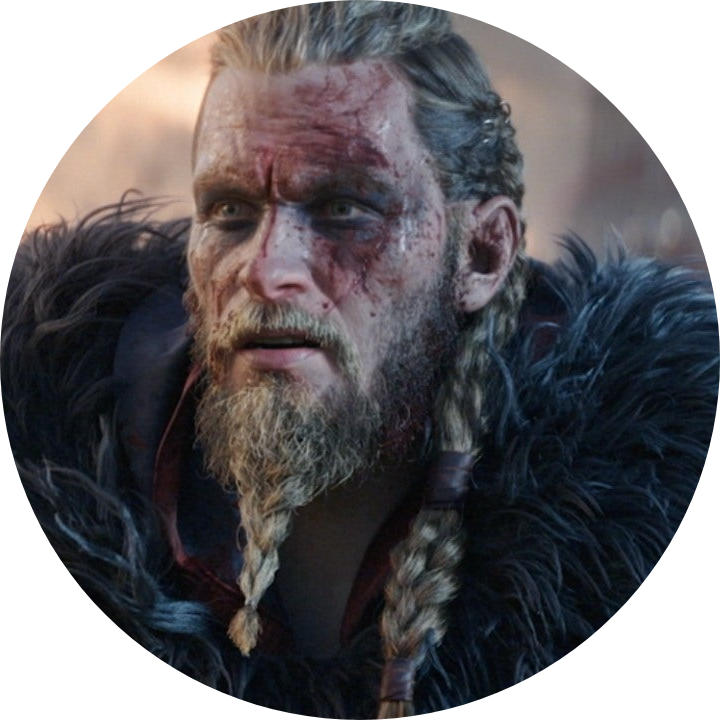 1. For the facial hair not to interrupt in hunting and combat, most men would usually have their hair braided. 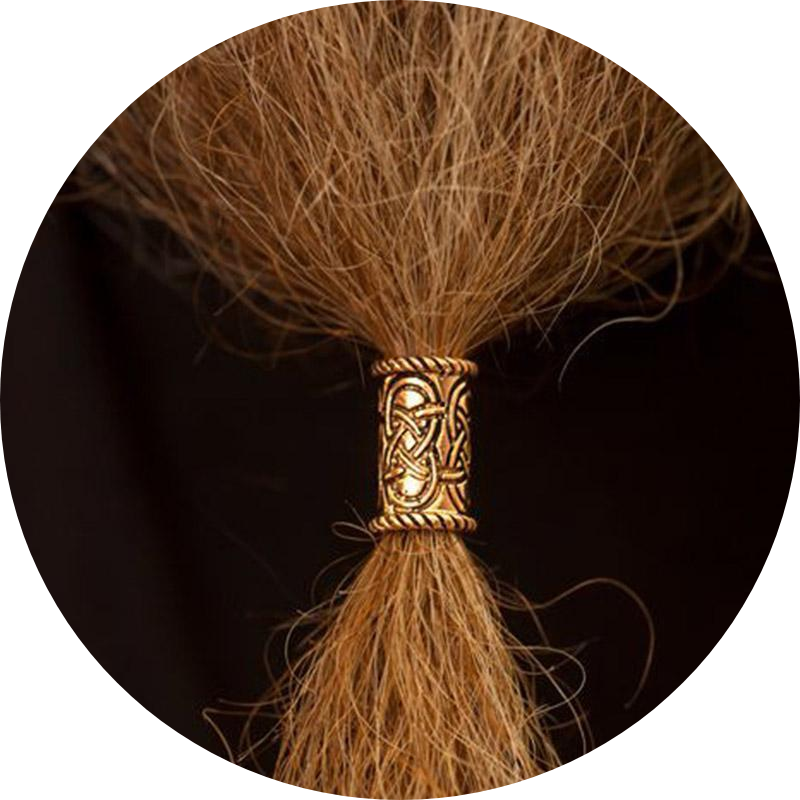 2. Archeologists have discovered tombs of Vikings where they found rings that were used to fixate their braids and sometimes even their beards. The existence of such artifacts is present even in ancient texts and parchments cataloged by travelers and merchants that been dated back to the 11th century.

3. Norsemen though it to be dishonorable to have a clean shaved face. 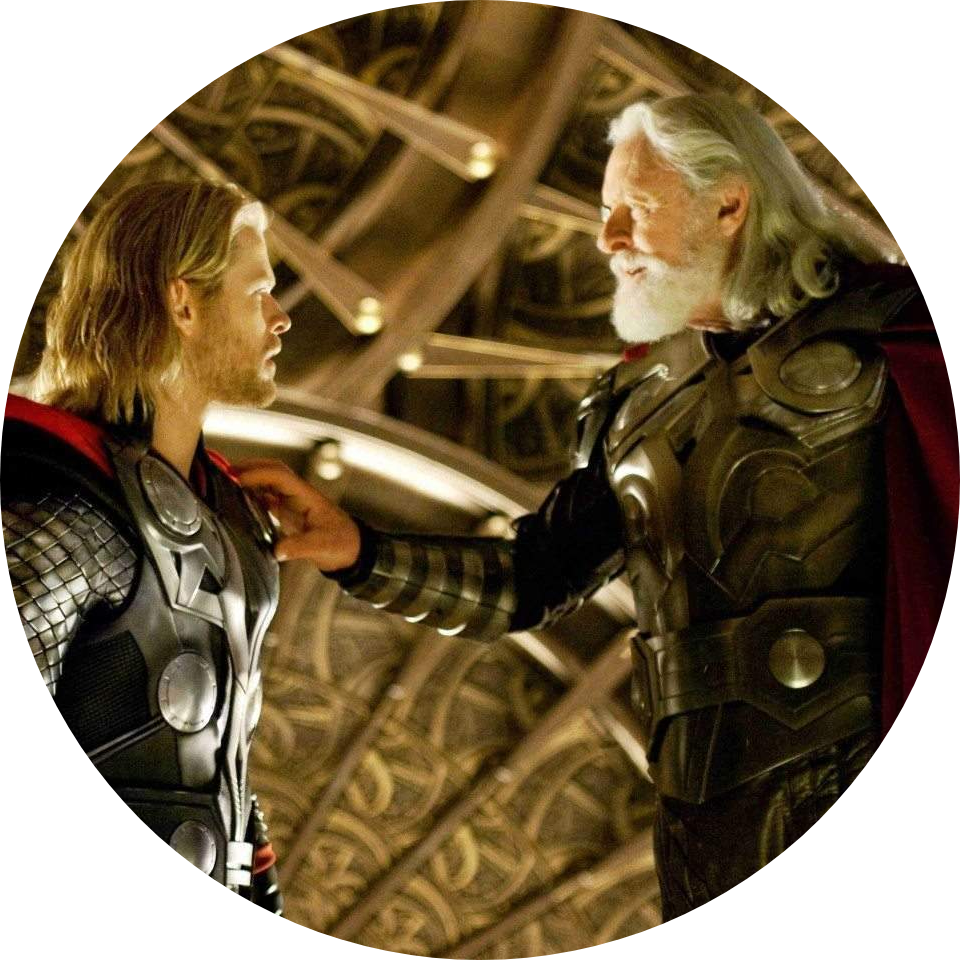 4. In Norse mythology, Odin was often referred to as longboard and his son Thor as Redbeard.

5. Nicknames that were associated with facial hair would often transcend the realm of gods and would be bestowed upon mortal men as a sign of respect experience and power. 6. Pagans would often vow on their beards as a way of expressing commitment and loyalty. Most Vikings groomed their beards quite frequently and would shave the lower part of their neck to keep the beard looking sharp. 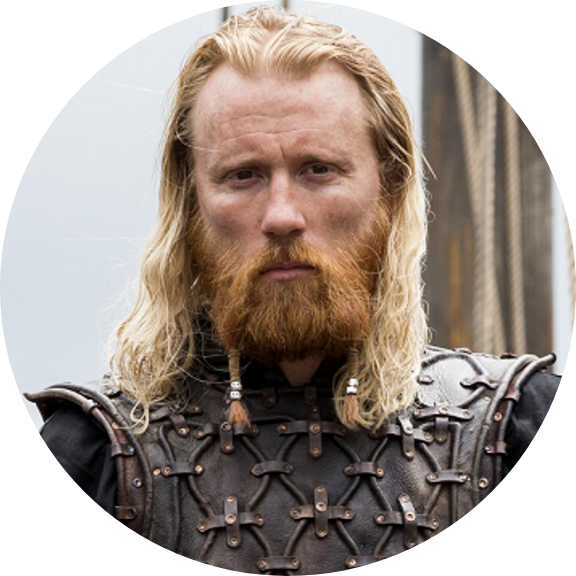 A lot of emphases were placed on these ancient warriors after the exceedingly popular TV show Vikings first aired on the History channel (March 3, 2013). The beard styles of the characters in the show vary quite a bit, and each has its own unique attribute. One of the cleanest and well-groomed beard in the show belongs to Jarl Borg. 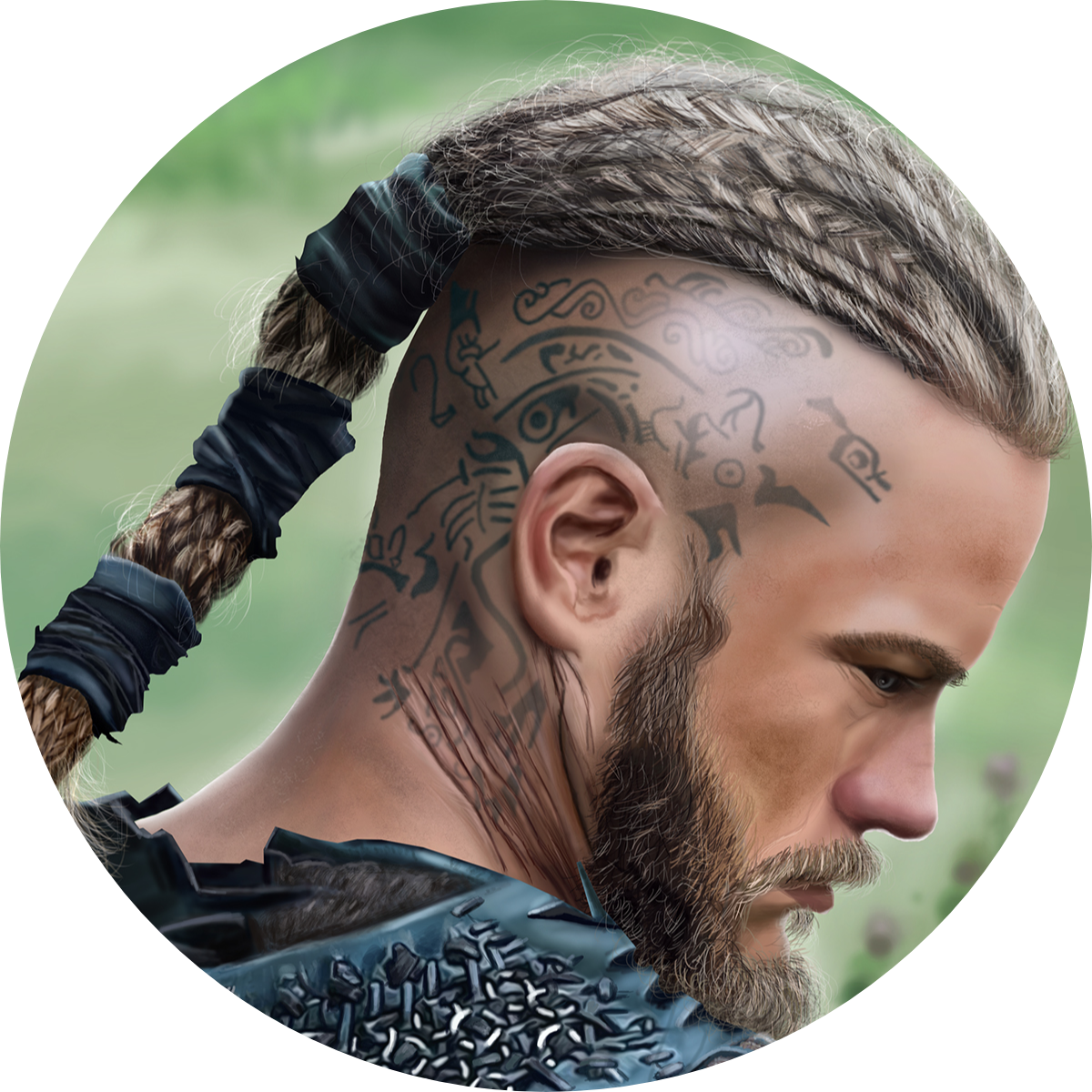 In the second place, we nominate Ragnar Lothbrok. Remember, we are only discussing beard styles here, when it comes to characters, Ragnar will always be number one in our lists.

The image of medieval Scandinavian sailors is associated with beard ornaments, most often rings. But in this context, it is an exclusively masculine element that emphasizes gender.

The popularization of the brutal visual esthetic that is a beard also became admired after the release of The Hobbit. Gnomes have a very similar visual esthetic when it comes to Vikings. This holds true even in the epic high-fantasy book:  J. R. R. Tolkien's The Lord of the Rings (originally publishes on July 29, 1954). 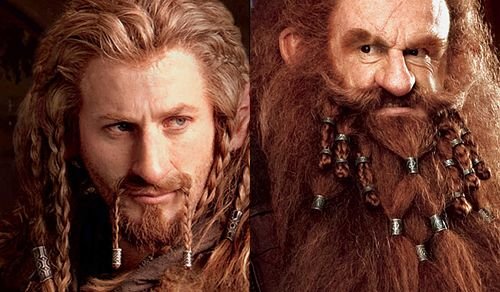 The Viking beards and hairstyles have enormously huge variations. Most of them are similar to modern men’s cuts and styles. It includes ponytails, braids, mohawk, undercut, and many other popular styles.

However, the most famous and admired style is the one with a long thick beard in conjunction with shaved back and sides and medium-size hair on the top of the head. Such a Viking warrior hairstyle looks powerful and masculine. 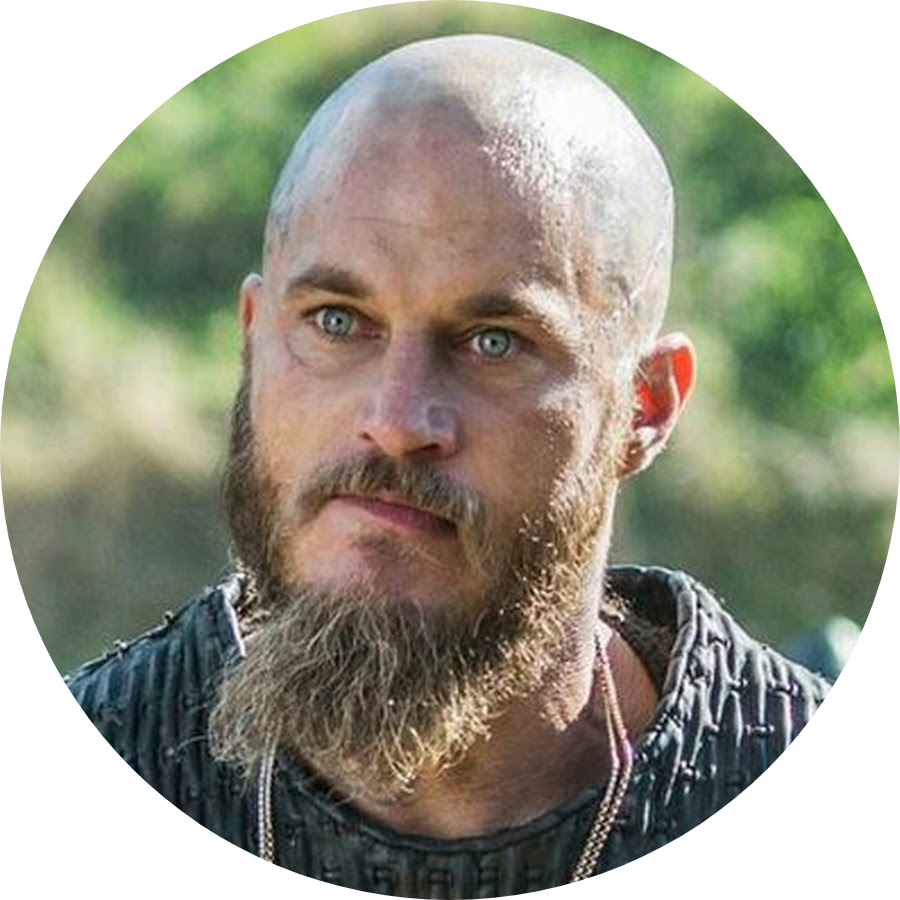 The most important part of this style is a beard. Below, we discuss how to grow a Viking style beard with the density needed to make it look brutal. The hairstyle is less significant, as it has dozens of variations. Viking hairstyles are for both short or long hair. Even if you struggle from hair loss and the density is not enough to make your hair look badass, you can merely shave your head, and it won't be less brutal.

How to grow a truly Viking Beard

A key piece of advice for growing out a long Viking style beard is to have patience.

We would recommend the following: 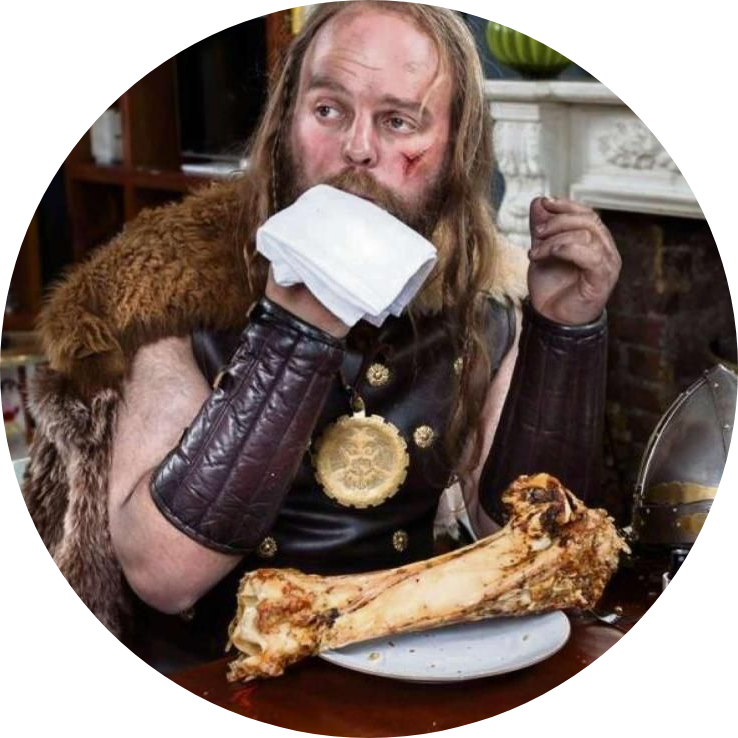 1. Healthy eating is recommended. For optimal results, every meal should have sufficient vitamins and macronutrients such as protein and amino acids, as well as a variety of vegetables and fruits. Remember, quality foods are always the way to go. Other vitamins and nutrients that help with hair growth are fish oil, vitamin A, B-vitamins (best known as biotin), vitamin C, vitamin E.

If you want to find out which multi-vitamin complexes are the best for hair growth and thickness, see our article about this topic.

2. It is best not to get your hopes up after just a month or so. Remember, this is a long process. High expectations will lead to disappointment. Given that average human hair tends to grow 0.5 to 1.7 centimeters per month, so be ready for a long term commitment.

3. To keep your beard clean, you will need to continuously trim and groom it while trying to maintain the shape and style you are striving for. We recommend you find a professional barber to help guide you in the early stages of your beard growth journey.

4. Use specialized tools such as beard thickener spray. Not all men are gifted with thick hair. Some of us may struggle with having the density that is necessary for a full-on Viking beard. Some people may have problem areas where the hair is lacking, and a beard thickener may help fill out such areas to give a more rounded dense look your facial hair.

Or it would be better to use a specific medication that can make your beard dense forever without any side effects. Check out our article about Minoxidil for a beard. 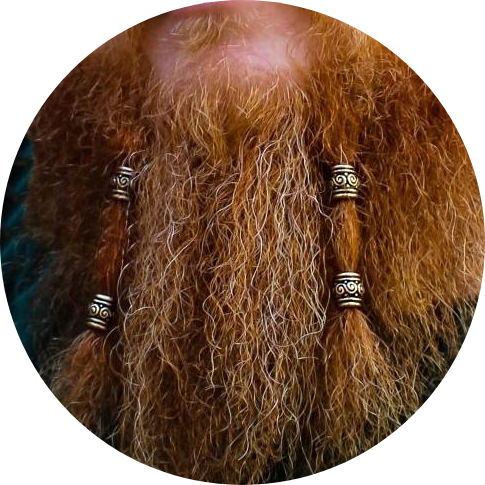 Another useful tip for braided hair is to loosen the braid every 3 days or so to ensure that the hair can grow out evenly and prevent any damage to the hair follicle. It is also useful to fixate the braid to prevent it from dissembling with hair or beard oil. Most Vikings would have their braids lose, and use decorative rings to knot the braid in place.

Specialized stores exist that sell copies of these decorative rings that are exact replicas of the real thing. The emphasis is often placed on the thickness and width of the accessory. This is since every individual has a varying thickness to their hair. If the fit is not right, the ring may not be able to hold the braid in place.

Viking beards and the shape of your face 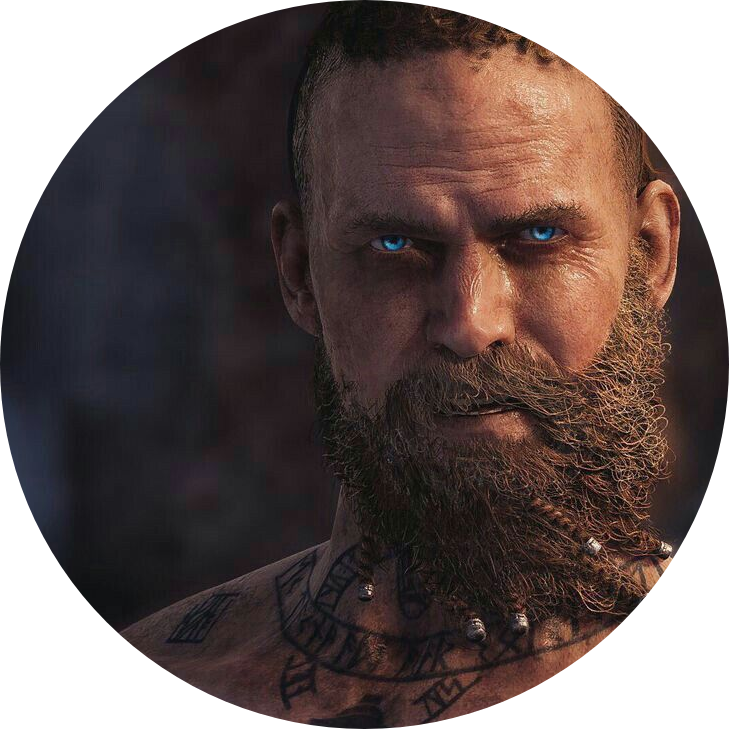 If you want to figure out if the beard you consider to wear fits you, you should know your facial structure and the shape of your face.

The lucky people are the ones who have an oval face since a strong beard compliments the roundness of one's face, and the opportunities are endless. Men with round faces who strive for inner harmony are recommended to accentuate their chin with a thick pointy or square Viking beard.

Men with a triangular face also seem to come out on top. Due to the density and width, the Viking beard can smooth out the disproportionate forms.

For tall, stately, broad-shouldered men, a long beard will suit perfectly. But for those who are not tall, it is better to try laconic and neat options.

Color and thickness also matter. Very dark thick facial hair with a pale skin tone may look off-putting to most people due to the high contrast in skin tone to hair density ratio. Yet the opposite can be said for blondes, given that a dense beard looks much more appealing when it is lighter in color when paired with pale skin. Fair-skinned men also benefit from a fiery red beard.

Viking beards are not just a fashion trend. It is a way to express your original character and masculinity. We believe these virtues should be reflected in modern society. Therefore, the Viking beard esthetic must always be maintained and well-groomed and worn as a symbol of pride. Take into consideration that each beard has a sub-style, so don’t be afraid to experiment and wear your beard with pride.