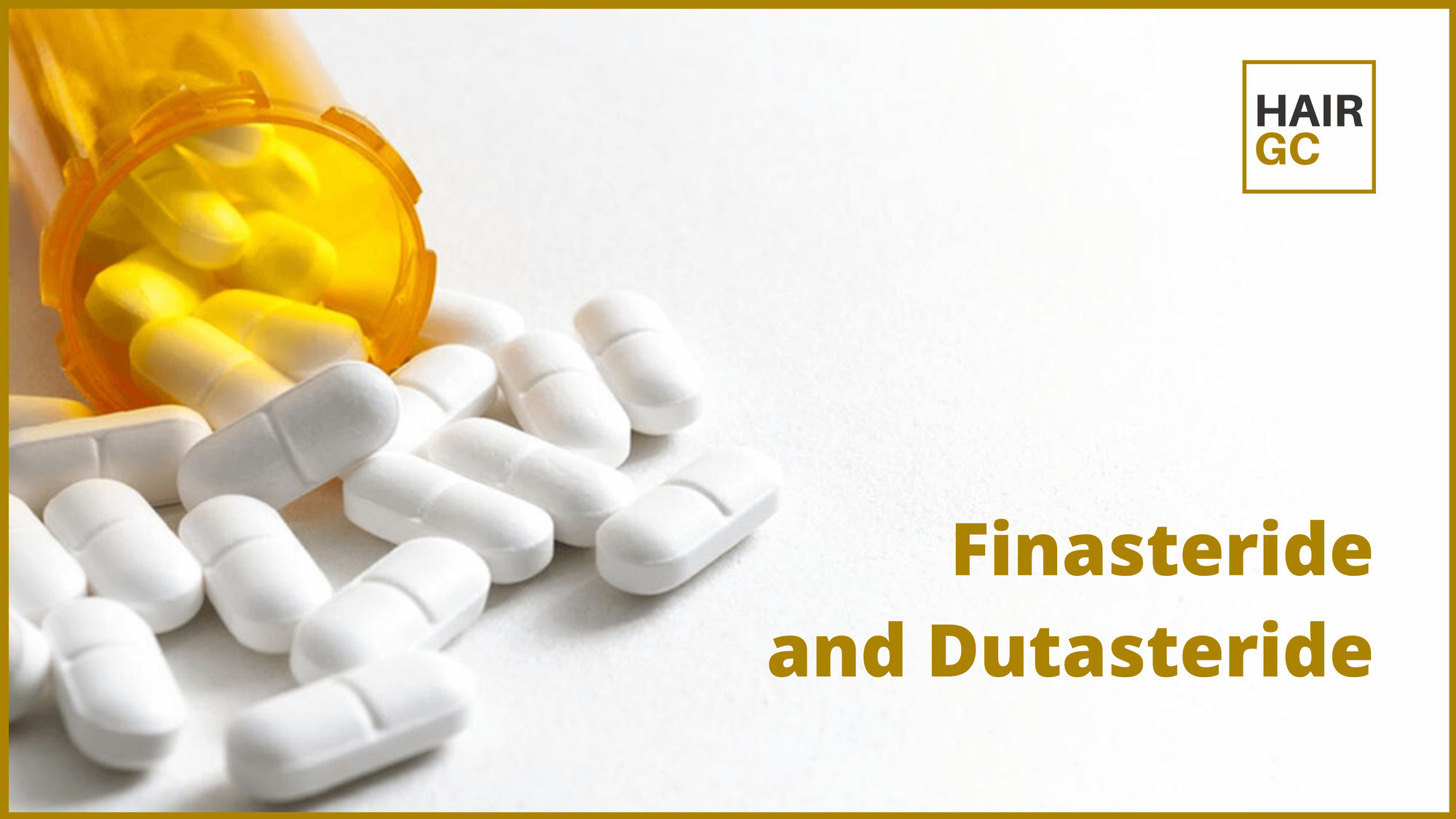 Finasteride is an FDA approved medicine to stop hair loss in men and treat prostate adenoma. It slows down the conversion of testosterone to dihydrotestosterone (DHT) by binding to the enzyme type 5 alpha-reductase. Finasteride keeps existing hair and slows down further baldness. It's usually used in combination with minoxidil to get more effective hair regrowth. The medication is available in the form of tablets. What is the brand name for Finasteride?

Propecia is a finasteride-based medication for hair loss. Each tablet contains 1 mg finasteride. Finpecia is the Indian counterpart to Propecia, which is manufactured by CIPLA. It has the same composition and dosage as Propecia, but it is much cheaper. Several other companies also produce Finasteride but use different dosage for prostate adenoma treatment (5 mg instead of 1 mg). As an example, these are Proscar, Penester, Fincar, etc.

How does Finasteride work?

When it gets in the bloodstream, it binds 5 alpha-reductase type 2 instead of testosterone, which leads to a decrease in the level of dihydrotestosterone (DHT).

Can I use tablets containing 5 mg Finasteride instead of 1 mg?

This situation is possible when 5-alpha reductase type 1 is more active than type 2. In this case, Dutasteride can help as it inhibits both types.

Dutasteride alike Finasteride is a medication for the treatment of BPH (prostate enlargement) and hair loss (androgenic alopecia). Unlike Finasteride, it binds both 5-alpha reductase types, which, in turn, blocks DHT (Dihydrotestosterone) in the body and stops hair loss. Dutasteride is not effective in new hair growth stimulation, so it's usually used in conjunction with Minoxidil.

However, it's the most effective medication if you want to stop hair loss and prevent its future progression. Dutasteride is in the form of a capsule. It's only for adult men and should not be used by women or children under any circumstances.

What is the difference between Dutasteride and Finasteride?

As you know, every hair loss case is unique. Therefore, in some men, 5-alpha reductase type 1 is very active, and the sensitivity of the receptors is high. Consequently, for these people, Dutasteride should be the primary medication as it inhibits an additional 30% of DHT, which is out of Finasteride reach.

According to clinical trials, 0.5 mg of Dutasteride reduces the level of DHT in blood for the same amount as 5 mg of Finasteride, which is approximately 70%. 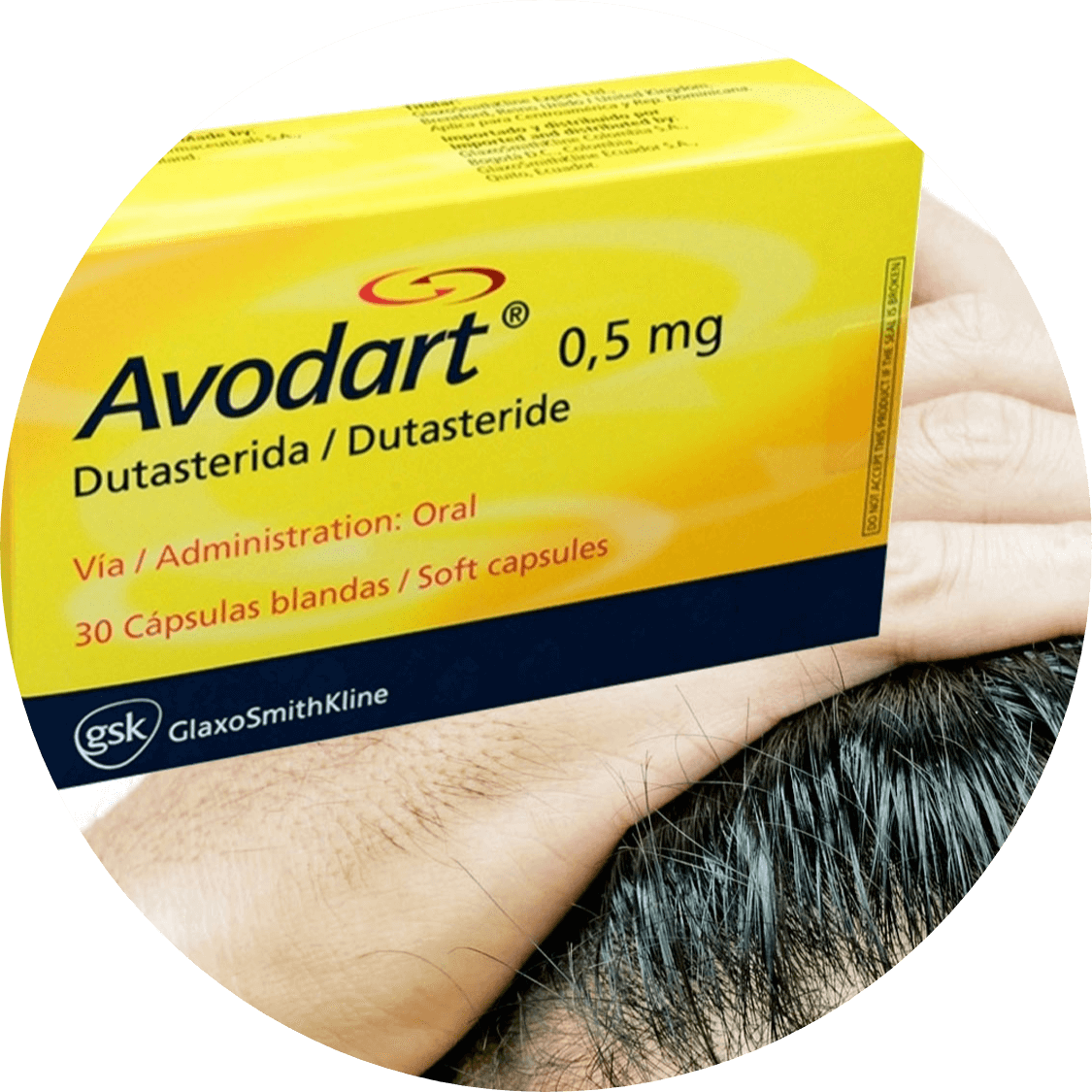 What is the brand name for Dutasteride?

The brand name for Dutasteride is Avodart. The producing company is GlaxoSmithKline. It's in the form of capsules, and each capsule contains 0.5 mg Dutasteride.  Its primary purpose is to treat prostate adenoma. Avodart, unlike Finasteride (Propecia), is not officially approved by the FDA for treating male hair loss. Despite this, many men throughout the world don't use this medication for its primary purpose, but hair loss.

There is also an Indian analog of Avodart - Duprost, made by CIPLA.

Do Dutasteride and Finasteride have side effects?

These side effects may sound terrifying, but they happen rarely. Approximately 1-2% of consumers suffer from them, but all symptoms go away in a few weeks as far as you cease to consume these medications.